120 seconds is the time on page average

80% of the positive feedback came from this experience

Want to learn more about how Interactive Content can improve your marketing strategy? 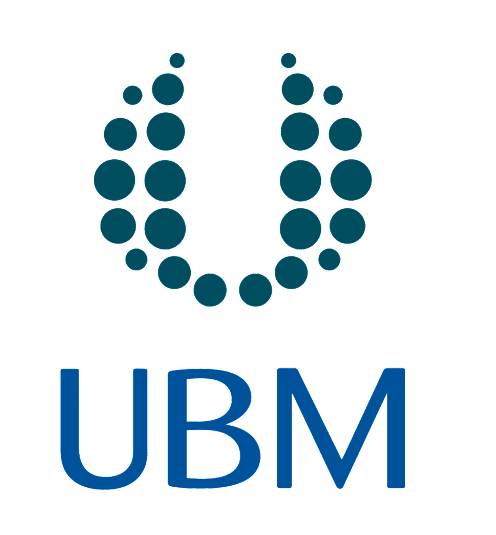 UBM plc was a British business-to-business events organizer headquartered in London, England, before its acquisition by Informa. It had a long history as a multinational media company.

Though UBM has many established content businesses, such as Information Week and IFSEC Global, the company does not have an established content presence in many of its markets. When UBM began working to promote London Technology Week, a gathering of more than 200 tech events taking place around London, the company wanted to create a piece of interactive content to rise above the clutter in a space dominated by an exhausting amount of content, says Luke Bilton, Director of Digital and Content for UBM.

“Marketing is increasingly noisy and crowded with brands who are publishing more and more content themselves,” Bilton says. “It’s a real arms race to compete in that kind of market, so you really need to have some sort of unique value proposition, and there needs to be a cost effective approach to it.”

The company’s main goals for promoting the event were twofold: to build a database with relevant leads and to drive people to live events.

“We needed something to distribute and share through social channels: a socially interesting artifact that people could share and pass around.”

Luke Bilton, director of digital and content for UBM

Bilton and his team decided to use interactive content to create excitement around London Technology Week, so the team from Ion worked with the company to leverage existing content for a fun, interactive experience that would get London techies excited for the big event. They found the perfect piece of static content in the form of an article called “A Geek’s Guide to London,” which was an in-depth look at not just the week’s events, but also the city’s unique relationship to technology. The Ion team thought the content would make a perfect interactive map that could also serve as a mobile guide to London Technology Week in real time.

“The reason this felt right for us,” Bilton says, “is that we didn’t have a dedicated media site in this space. We needed something to distribute and share through social channels: a socially interesting artifact that people could share and pass around.”

UBM and Ion were able to see the interactive guide to fruition in just six weeks through careful planning and testing. In the first part of the process, Ion built an interactive wireframe to walk UBM through every piece of the content, which allowed the company to make changes and give feedback before the project was complete, which saved time and gave UBM a more holistic picture of what exactly the final project would offer. According to Bilton, the careful preplanning for the project made the timeline much more efficient than building the project in-house.

“If we tried to do it in-house,” Bilton says, “we’d just end up tinkering with it for weeks. This process was much quicker.”

Overall, the interactive guide provided a sleek and modern alternative to a static article, which was completely appropriate to the tech-focused event. Optimizing for mobile was critical because users were accessing the guide as they participated in London Technology Week and the content acted as a go-to tour guide for not to miss events, and users were able to easily access different hot spots around town that jumped off the web to become applicable in the streets. The guide also ensured that no matter where the user was in his or her journey, CTAs were available without being intrusive. In fact, their placement actually encouraged users to keep scrolling, offering intermittent breaks to sign up for updates. Hamburger navigation also empowered users access the most relevant content to their moment-to-moment experiences as they enjoyed the event.

“We really learned what hotspots were most popular, and the key findings were just the tip of the iceberg. This really gave us the opportunity to get insight into our audience and incorporate that content into the future. ”

– Luke Bilton, director of digital and content for UBM

One of the main successes of the interactive guide was the feedback loop it provided for which events were getting the most attention. Over a quarter of viewers engaged with the guide on a mobile device, a pretty solid indicator that they were using it on the go to plan their journeys through the event. Users spent an average of two minutes perusing the guide, a good indicator of high engagement. They also used Facebook as the main means for sharing the guide, which is an important indicator of where future interactive content is more likely to be well received. Word-of-mouth promotion for the content was also high. In fact, a British radio show focused on technology spotlighted not just London Technology Week but its interactive promotional content as well.

The value of that feedback, according to Bilton, will have an impact of UBM’s future experiments with interactive content. “We really learned what hotspots were most popular, and the key findings were just the tip of the iceberg. This really gave us the opportunity to get insight into our audience and incorporate that content into the future.”

“We didn’t want it to be purely about the event,” Bilton says. It’s important that content stands up on its own two feet. 80% of the positive response we’ve been getting is coming in from content that is just good content and isn’t trying to force the CTA down peoples throats. Good content should do the job.”